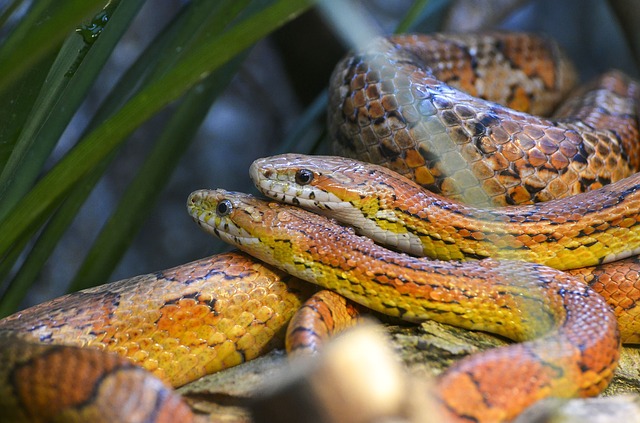 Substrate is what makes up the flooring of your corn snake’s enclosure. Which substrate you choose matters because not all substrates are created equal. Some substrates are designed with dry, desert dwelling reptiles in mind, some are best for humid, tropical reptiles, and some shouldn’t be used for any reptiles despite them being advertised towards them! The good news is, compared to most reptiles, corn snakes aren’t too picky when it comes down to what substrate you give them, so you have a wide variety of options. That being said, let's jump into it!

Coconut husk is an excellent choice for corn snakes, in fact, it’s what I use for my own. Although corn snakes are not a fossorial species, many love to burrow on occasion, and this substrate will give them the option of being able to do so. Another benefit to coconut husk is that it is much less dusty than most other loose substrates, and rarely molds. Coconut husk is sometimes a bit pricier than some substrates and it can be difficult to find in stores, however you can find it on Chewy for cheap. I recommend buying the 8 quart bundle of three (24 quarts in total) to assure you have enough substrate for burrowing and partial substrate changes. My corn snake loves burrowing through his coconut husk, and it does an excellent job at keeping his humidity right where it needs to be, without the possibility of molding like aspen. Spot cleaning coco husk is also very easy.

When adding substrate to snake tanks that require high humidity (like ball pythons), it is common practice to saturate it with water before adding it. Since corn snakes only need 40 - 60% humidity, I have had success with adding it straight from the bag without saturating, and lightly misting down the enclosure.

Keep in mind: Coconut husk is not the same thing as coconut fiber!!! Fiber is a much finer byproduct of coconuts, while coconut husks are larger coconut chips.

Aspen is another great choice for corn snakes. Aspen still supplies your corn snake with the benefit of being able to burrow, which will help to add enrichment to your corn snake's life. It can be a much dustier substrate, which can irritate your corn snake’s nose. It should also be noted that aspen has been known to mold much more often than coconut husk, however, this shouldn't be a problem for corn snakes since they have fairly low humidity requirements. Aspen is simularly priced to coconut husk and can be found here on Chewy. One 24 quart bag should be enough to fill most corn snake enclosures. Some people really enjoy aspen because of how well it absorbs snake waste.

Cypress mulch is very similar to coconut husk, and is another great choice for corn snakes. This substrate rarely molds, is great for burrowing, and isn’t too dusty. Cypress mulch can be found both online and in gardening stores. If you choose to purchase cypress mulch from a gardening store, make sure to double check that it is 100% organic. Since cypress mulch is oftentimes used for gardening, some brands will add pesticides and fertilizer to theirs, which can have deadly consequences for your corn snake. This Zoo Med cypress mulch on chewy is specifically made for reptiles and is 100% safe. A 24 quart bag should be enough to fill an adverage sized adult corn snake enclosure.

The following substrates are all considered mediocre. This is because they do not offer your corn snake any type of enrichment. I have included them into the list of acceptable substrates simply because they are non-toxic and used by some corn snake keepers. 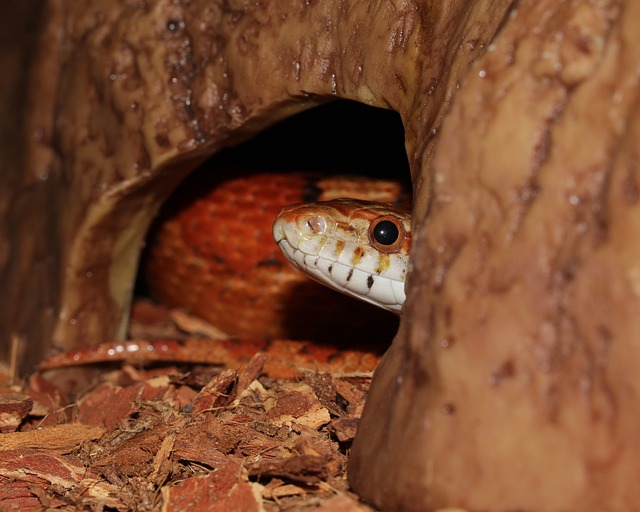 Reptile carpet is exactly what it sounds like — carpet specifically made for reptiles. This substrate can be found in almost all pet stores and online. It is sold in sheets that are usually pre cut into common enclosure sizes. Spot cleaning is much less efficient with reptile carpet, as you tend to leave behind bits of waste that get trapped into the carpet, allowing the growth of bacteria. On top of that, reptile carpet prevents your corn snake from being able to burrow. If you decide to go this route I highly recommend purchasing a second carpet for your enclosure. This will make deep cleaning much easier as you can simply take out the dirty carpet, wipe out the enclosure, and place the clean one in. Then you’ll be able to deep clean the dirty carpet without disrupting your corn snake’s habitat for too long.

Though you can use paper towels as a permanent substrate, I strongly discourage it. Paper towels are best when used as a temporary quarantine setup. They make for easy clean up and are great for monitoring feces if you believe your snake may be sick. They are non-toxic, and therefore safe for your corn snake, but offer no enrichment. To learn more on how to add enrichment to your corn snake’s life, check out my article on snake enrichment.

Unfortunately some substrates that are advertised as safe for your corn snake are actually dangerous. The following substrates should never be used in your corn snake’s enclosure as they are either toxic, or have a high risk for impaction. 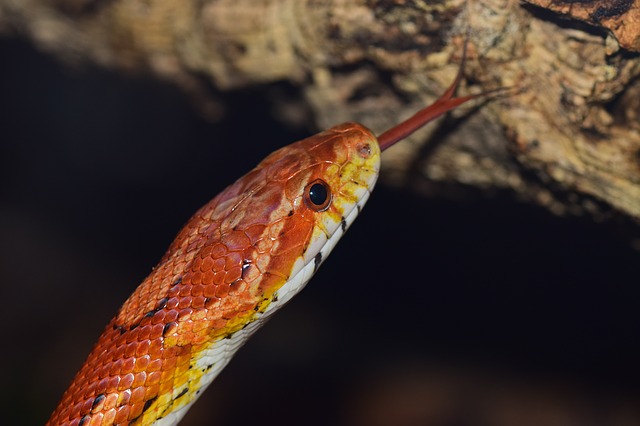 Both cedar and pine are sometimes marketed as alternatives to aspen or coconut husk, however, this is false advertising. They may look like a cheaper and more convenient option, but they should never be used, as both pine and cedar release oils that are toxic to corn snakes. Keeping your corn snake on a bedding of cedar or pine will lead to nasty respiratory infections, and in extreme cases, can lead to death.

Rocks are not a proper substrate, if ingested they cause some serious impaction that will have lethal consequences. Not to mention gravel would be a pain to keep clean and would be extremely uncomfortable for your snake to lay on all the time.

Oftentimes, pet stores have sand for sale that is marketed as a high quality reptile bedding. Sand is known to mold quickly, and can cause impaction. It is also difficult to clean, which allows for the growth of bacteria.

If you'd like to learn more about how to provide your corn snake with the best care, check out The Complete Corn Snake Care Sheet!

This post contains affiliate links that may pay me a commission when a sale is made. Affiliate commissions help me maintain this website, and I only recommend products that I trust. 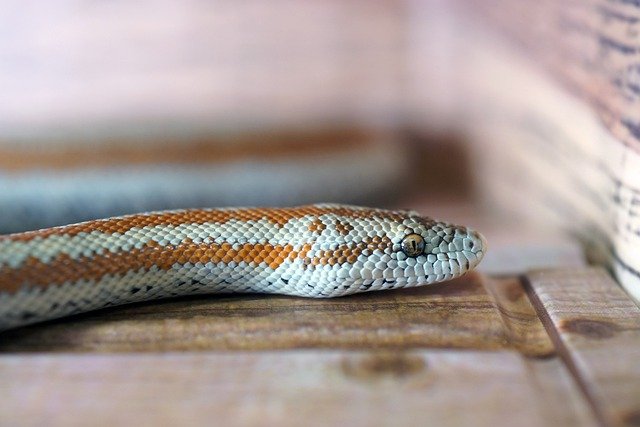 How Much Do Snakes Cost? 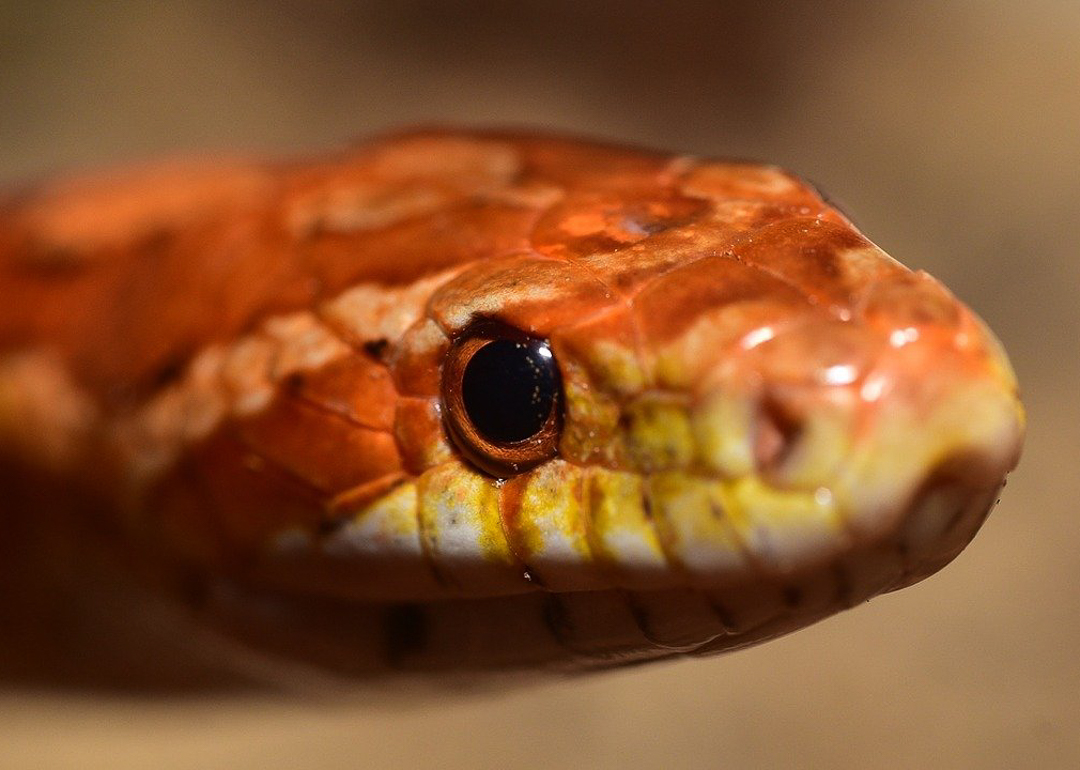 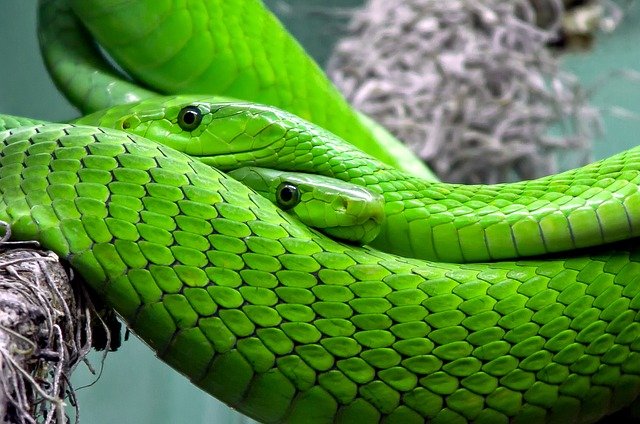 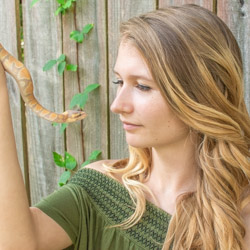